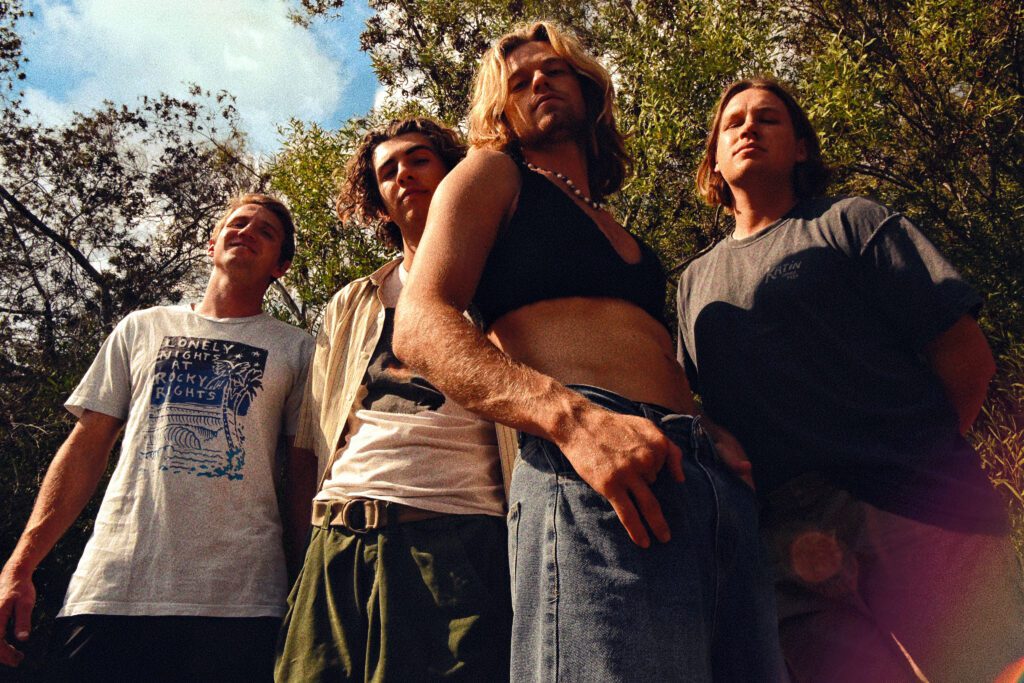 The Moss has quickly earned a rapturous fanbase while bringing their youthful exuberance and alternative-rock swagger to the studio and the stage. The group released their brand new Insomnia EP on January 20. Title track “Insomnia” has become a breakout single for the band following major support from key Alternative radio outlets which has led to their first Alternative radio chart debut.

The song has just cracked the Alternative Radio Top 30 with over 6M streams and has landed on many new playlists including Spotify (ALT NOW), Apple (ALT CTRL) + Amazon Music (Alternative Hits). “Insomnia is a bittersweet song about passing the point in a relationship where you can’t sleep at night when you are away from them,” says frontman Tyke James.

Originating on the shores of Oahu as teenage buddies, Tyke James (vocals/guitar) and Addison Sharp (guitar) traded in beaches for the Great Salt Lake joining forces with Willie Fowler (drums) Caiden Jackson (bass) to form The Moss. Their unique blend of indie surf-pop, grunge-rock and ’60s-blues quickly caught on as the band actively curated a community of inclusivity and environmentalism. Today, they invite fans into a whimsical, snowcovered world with the playful new “Blink” official video directed by The Moss and produced by band member Caiden Jackson. “Blink is the most vulnerable song I’ve ever written, which definitely makes it hard to put out,” says frontman Tyke James. “My hope is there’s someone out there that’s able to identify and understand their own feelings a little better when they listen to it.”

No matter how listeners choose to interact with The Moss’s music, the band just hopes they feel something. It’s that kinetic relationship between band and audience that makes their live performances – including a pitch-perfect recent set for Audiotree – so compelling. “No matter what we do, we want to make sure the songs are fun to play live,” says Fowler. “We pride ourselves on being a band people want to see live.”

The band’s blazing success has landed them on a number of festivals this past year including Life Is Beautiful and The Festival at Sandpoint as well as landing on Pandora’s Artists to Watch in 2023. Fans will have new chances to experience their explosive live show on their 2023 North American tour kicking off next week, with stops in Portland, Seattle, San Francisco, San Diego, Austin, Denver and more.